We have a volunteer teacher from Texas U.S.A who will be with us for the month of February. Bailey McEachern 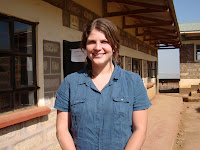 who is a graduate from Huston-Tillotson University in Austin Texas will be assisting in teaching of some various subjects a well as in Games. She donated Two basketball to the school team, in the thanks giving speech by the games captain, he promised that they will work towards achieving better results than previous years. 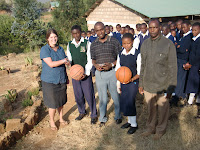 also on the pictures is the principal, Phineas to the right and The Coach, Godfrey-at the center.
The computer club members have been given some task in which they should be in groups and then create a story using FotoToon below are some pictures of the activity taking place 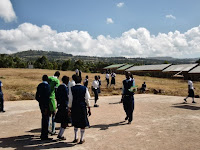 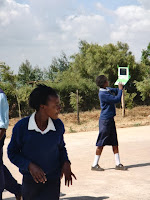