Ayeshika and Christina came to our school in the beginning of this term as volunteer teachers. They have been assisting in teaching Geography and History.
Below is Christina explaining drainage system in form three Geography class as Yershika watches on. 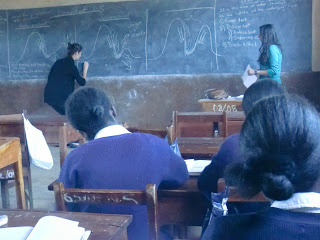 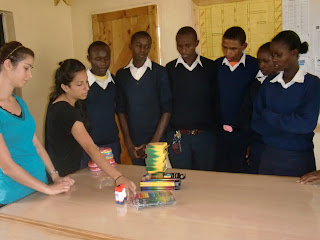 These are the jounalist recieving some novels as principal Phineas watches on. 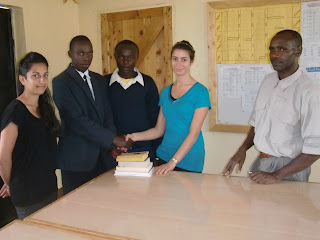 And then later some books to the guidance and councelling club. 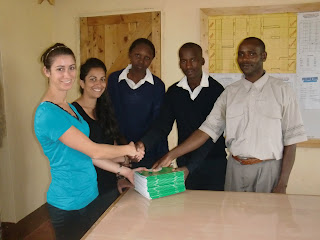 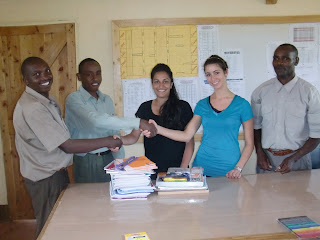 Last week as we had a Board Of Governors(B.O.G) meeting, Ayeshika and Christina joined the group in the B.O.G photo below. 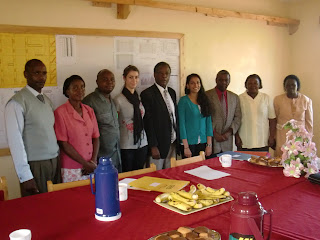 And finally being sports people they also remembered the games department and donated somes games attires to them. Below on far left is Godfrey(games master) and the games captain-Joseph and his assistant-Doreen recieving the items. 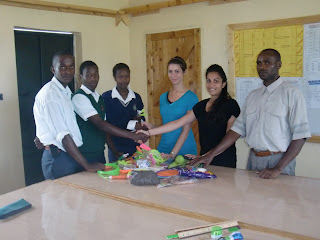 In Games:
We had some seven students from our school representing the district in sub-provincial athletics games held at Meru school. Here is Martin(our student) participating in 3000M stepple chase race. 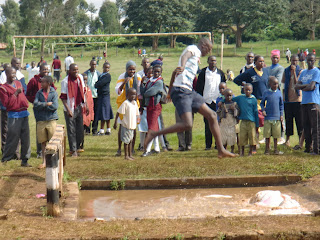