Following the school tradition we held the prefect elections last week of which the results were announced early this week. Below is the photo of the elected leaders who are replacing the outgoing form four prefects accompanied by some of the teaching staff. 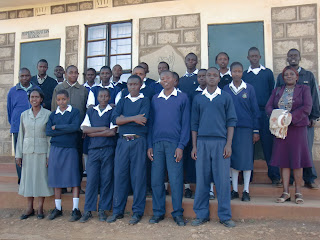 The same day we received a volunteer teacher from California U.S.A who will be assisting in teaching of English and Humanities. Her name is Beckie. 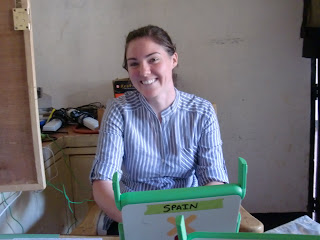 yesterday the form had a meeting with their subject teachers in which they were advicd on the best preparation for the exam. The principal Phineas told them that they had all that was required for them to pass the exam. They are due to sit for exams on 21st October.