The term is coming to an end. As usual we are supposed to evaluate what the students have been doing for the previous 11 weeks.
On Saturday our handball boys team represented the school at the district competition where they emerged number three. 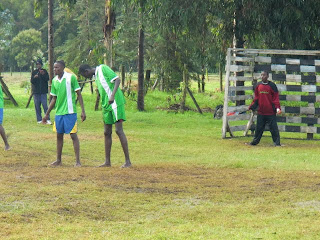 The 2009 results have been analysed ans we have made a positive improvementfrom a mean score of 3.3246 to 4.4672. This improvement has been partially facillitated bythe presence of laptops and internet supply in the school whereby students andteachers have been doing some more research from the web.

Some of the students are also preparing for the science congress competition which will be held the coming Friday. Last year we had four students with two projects at the Provincial competition where they attained position 9 and 10 out of the probable 60 projects in each.

Having done all that, the students have started their end term exam today. Here is a photo of one class with the exam going on. 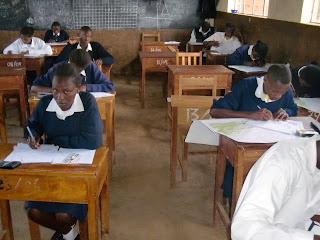