Today was the orientation day for the form ones. With the prefect body having done their part and assisted the form one to elect their class prefect, it was duty of the teachers to introduce them to secondary school.
Among those who talked to the students is:
This photo shows Phineas talking to the students... 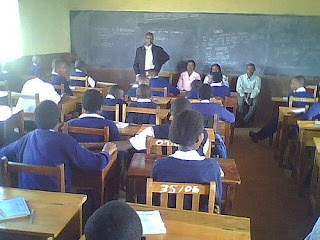 and this second photo shows some part of the class: 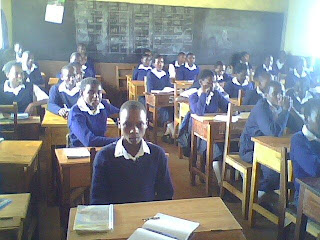 Form one class room block is under construction: 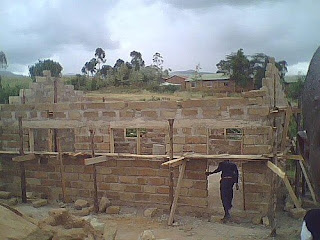 This picture shows the room with some students in front of it: 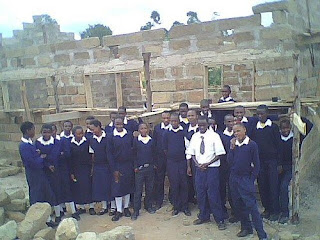